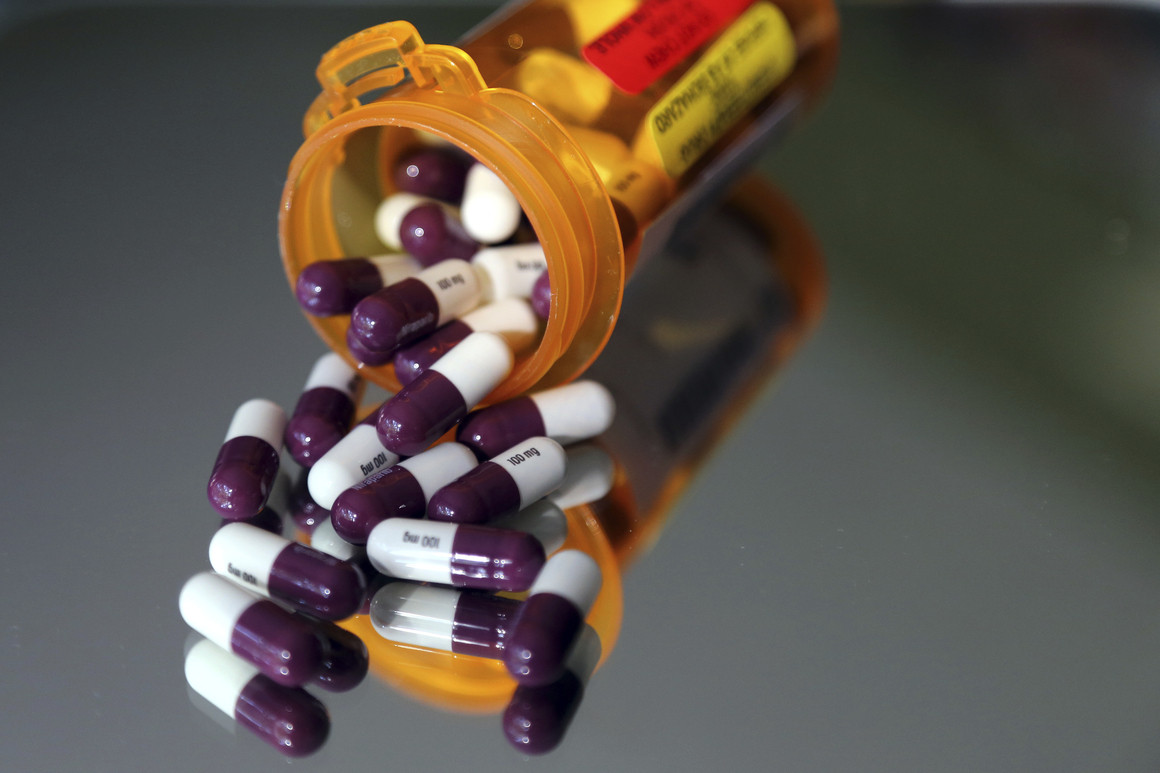 Prescription drug prices jumped 10.5 percent over the past six months, more slowly than during the same period last year but still four times faster than inflation, despite increasing pressure on drugmakers from the Trump administration and Congress.

However, the top drug brands in the U.S. saw prices rise by an average of only 3.1 percent over the past six months according to Bernstein analysts, who calculated the average based on which brands — usually the top-sellers — they cover.

The data showing an overall leap in generic and brand-name prices was preliminary and may not give a clear picture of trends in the industry. Yet while many of the price hikes on Monday were for lower-cost drugs, and a handful of branded products fell in price, critics of the drug industry were quick to pounce.

The numbers “underscore the urgency for bipartisan action in Washington to increase competition, boost transparency and crack down on [the industry’s] egregious pricing practices,” said Jon Conradi, spokesperson for the Campaign for Sustainable Rx Pricing, a coalition including pharmacy benefit managers, health plans, doctors and hospitals.

The price hikes included low-cost injectables used in hospitals, such as electrolyte infusions, which doubled to about $7. Meanwhile, Sanofi slashed the cost of its insulin biosimilar Admelog by 44 percent while Mylan lowered the price of its cancer therapy Imatinib, a generic of Gleevec, as much as 43 percent.

Other branded products increased in price, however. Tesaro raised the price of its ovarian cancer medicine Zejula by 5 percent.

Pharmaceutical companies generally make one or two significant price hikes annually, typically one at the start of the year, and then a midyear increase on or around July 1. But since Trump increased pressure on the drug companies last July — at one point attacking Pfizer in a tweet — they have staggered their planned increases to avoid drawing attention, said RX Savings Solutions CEO Michael Rea, whose company advises employers on how to reduce drug costs.

On Monday, 104 brand-name and generic drug prices rose by a combined 13.1 percent on average, compared to a 7.8 percent average increase in the price for 318 products a year earlier, according to data from Rx Savings Solutions, a health software company.

In the first six months of the year, prices for 3,443 medicines rose, compared to 2,919 last year — yet the overall size of the price hikes was lower than in the previous period — 10.5 percent compared to 15 percent. Some of those increases affected different doses or formulations of the same product.

While the price hikes reflect steadily rising costs for consumers and the health care system, the fact that they slowed somewhat in relation to the same period last year could send an ambiguous signal to policymakers.

“The data has something for everyone in it,” said one drug industry analyst, who noted that Congress is moving towards a bill regardless of trends. “That said, it’s hard to imagine what [drugmakers] are thinking. Keeping your head down would seem to be a much better strategy.”

Companies could continue to report price changes throughout the day and coming weeks.