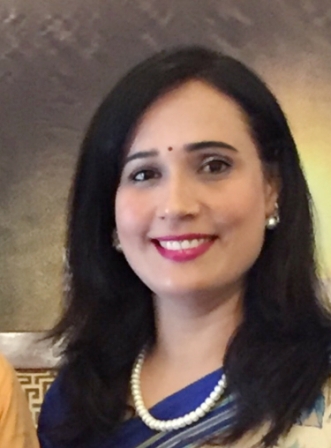 ‘Don’t judge a book by its cover’ goes the popular adage. This is true for live-in-relationships. The younger generation have altogether different expectations from relationships and partners, than their predecessors. People are opting for late marriages or no marriages at all. The social institution of marriage is no longer the favoured option for people seeking companionship. Professionals nowadays have greater financial independence and mobility than ever before and they are living life on their own terms. Live-ins are relationships of mutual convenience sans any legal boundations. No holds barred and no strings attached, there are no legally demarcated rights, duties or responsibilities upon the partners involved therein, thus the parties enjoy the liberty to walk out of the relationship without legal hassles. Live-ins also offer an opportunity to check compatibility and know each other better before they take the plunge. Although live-in appeals more to the younger lot, there is also an increasing number of elderly people settling for such relations instead of remarrying. Contrary to what most people would like to believe, such relationships are neither a new fad, nor are they restricted to metropolitan cities alone. There have been mavericks and non-conformists at all times and all places, it’s just that a rights-based society offers them greater freedom of expression and assertion.

Right to live with a partner of one’s choice is a necessary coincident of right to life and personal liberty guaranteed under Article 21 of the Indian Constitution. The Supreme Court has, in several rulings, held that live-in-relationships are not illegal. In the case of S. Khushboo v. Kanniammal & Anr., (2010) it was held that living together is a right to life. In Indra Sarma v. VKV Sarma (2013) the court observed, “Live-in or marriage like relationship is neither a crime nor a sin though socially unacceptable in this country. The decision to marry or not to marry or to have a heterosexual relationship is intensely personal.” In Lata Singh v. State of UP [AIR 2006 SC 2522] it was observed that a live-in relationship between two consenting adults of heterosexual sex does not amount to any offence even though it may be perceived as immoral.

The important factors for determination would be – a reasonable duration of period of relationship to be determined subjectively; partners should have been in a shared household as defined under Section 2(s) of the DV Act (mere one night stands or spending weekends together is not sufficient); there must be some pooling of resources and financial arrangements supporting each other, sharing bank accounts, joint investments etc; having some sort of domestic arrangements like entrusting the responsibility of household chores on the woman; having sexual relationship, not just for pleasure, but for emotional and intimate relationship, for procreation of children, so as to give emotional support, companionship and also material affection, caring etc; having children and sharing the responsibility for bringing up and supporting them; holding out to the public and socializing with friends, relations and others, as if they are husband and wife; and sharing a common intention of parties as to what their relationship is to be and to involve, and as to their respective roles and responsibilities, primarily determines the nature of that relationship.

Women in relationships in the nature of marriage are entitled to protection and maintenance under the Domestic Violence Act, 2005. But the relationships which fail to qualify the above-mentioned test will not be entitled to seek protection under the DV Act. In such cases, pre-nuptial agreements or cohabitation agreement or any document outlining the roles and responsibilities of each of the partners before moving-in together would be a good legal document to safeguard the interests of the parties in the eventuality of breakdown of the relationship. However, pre-nuptial agreements do not enjoy societal acceptance in India due to which they are not popular. People perceive it as an encouraging factor for breakups or dissolution of marriage.

Indian marriage laws regard marriage as a sacrament and not as a contract due to which pre-nuptial agreements are not legally acceptable. Moreover, there is no clarity in law regarding the enforceability of pre-nuptial agreements due to which this is a grey area. The US has the concept of ‘Palimony’ which is a court ordered financial settlement for parties in live-in relationships. Palimony is a popular term, not a technical legal term and was developed by merging the words ‘pal’ and ‘alimony’ in 1977 by the California Supreme Court in Marvin v. Marvin. In 2011, the Supreme Court of India had also, in view of the changing mores, advocated the need for developing the concept of palimony in India (D. Veluswamy v. D Patchaiammal).

Children, if any, born of such relations are entitled to share in the properties of their parents. They are deemed to be legitimate for purposes of inheritance and also maintenance under Section 125 of the CrPC. However, such couples are not allowed to legally adopt. As per the Adoption regulations, 2017, framed by Central Adoption Resource Authority and notified by the central government, the only people eligible to adopt are, a married couple with a stable marital relationship for minimum of two years, a single male or a single female.

Rape in live-in-relations is another area that needs clarification. In Shivashankar @ Shiva v. State of Karnataka & Another (2018), the Supreme Court had observed long term sex in relationship cannot be termed rape, especially in the face of the complainant’s own allegation that they lived together as man and wife. However, this does not imply that men in live -in relations enjoy unlimited access to their female counterpart as the defence of presumed matrimonial consent to cohabit is available only to lawfully wedded husbands and not live-in partners who would have to seek consent every time they want to establish sexual relations. Thus, a woman can charge the man for rape for having a sexual relationship without her consent.

Illegality is different from immorality. People may regard live-in-relationships as immoral, but that is their own perception which cannot be allowed to influence anyone else’s personal decision. Moral policing cannot be permitted, especially when the arrangement has the endorsement from the touchstone of fundamental rights. Millennials believe in enjoying it while it lasts instead of clinging on to the fossils of a relationship, but it is important to understand that good relations don’t just happen. They take time, patience and two people who truly want to be together. The most important concomitants of any relationship are love, trust and mutual respect. The existence of these make any relationship blissful, irrespective of the societal sanction of marriage.