Home  »  Excercise   »   Brie Larson’s Captain Marvel Workout: Should You Do These Exercises? 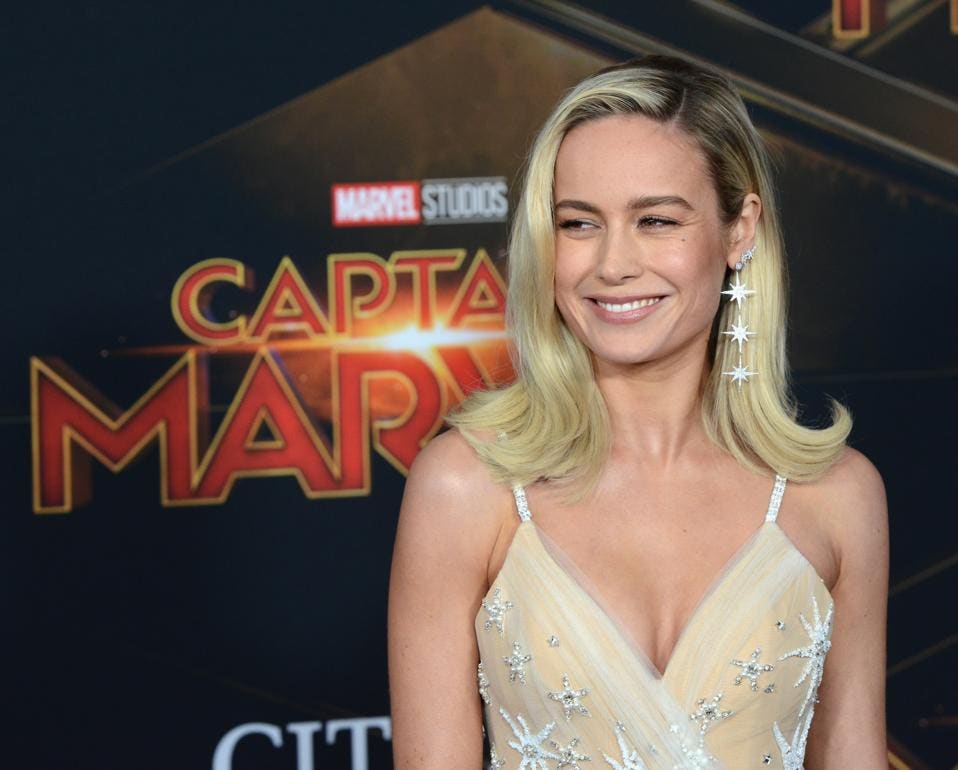 Larson’s social media posts provided glimpses of her workout to prepare for the movie that opened in theaters yesterday (March 8). Take a look at some of these exercises in the following video from The List:

As you can see in the video, Larson pushed a car up an incline with her back to the back of the car, using primarily her leg muscles. Another variation of this exercise is facing towards the back of the car and pushing it with your arms and legs. This in general is not advisable if it is not your car and no one gave you permission to use the car. This is also not advisable if the car is already in motion, like on the highway. There are actually quite of few web sites on the Internet advocating for pushing cars as a workout routine. The advice is to do this with at least one other friend, having your friend put the transmission in neutral and steering the car, while you attempt to push the car about 30 yards. Also, make sure that you are doing this in an open, not too steep, and safe area. Pushing a car in a busy parking lot, up Mount Fuji, or on the 405 freeway could go badly very quickly. 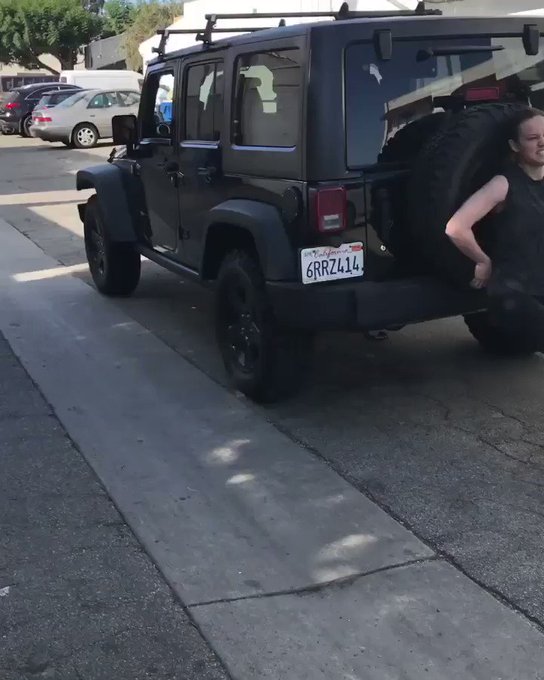 Should you do this? It depends. It can give you quite a workout and force you to use a variety of muscle groups. You will also be really, really ready should your car ever breaks down. However, you could really, really hurt yourself if you don’t use proper car-pushing form or have a medical condition that may be worsened by such a workout. Never do something like this alone or without checking with your doctor first. Also, pushing a car probably should not be your first workout routine right after you’ve decided to stop being so sedentary.

Should you do this? If you can’t do a push-up yet, don’t start with a weighted push-up. That would be like trying to ride a unicycle when you can’t even ride a tricycle. Start modestly and get your push-up form correct first. Proper form entails keeping your back straight, your butt down, your core engaged, and your body in as straight a line as possible. If you want to eventually add weight to your body, be careful where you put it. Putting it on your head would be silly. Don’t put it too high on your back, around your shoulder regions, because that could put too much strain on your shoulders and upper body. Instead, choose an area that is near the center of mass for your body, which is typically around your hips. Also, what you use as weight is important. A yak or anything else that is too heavy, has sharp edges, or may move can be hazardous. People most often use a weight plate, chains, or resistance bands. Again, this is a more advanced exercise. You shouldn’t do this if you are just starting a workout routine. Make sure that you check with your doctor before trying this, especially if you have any back pain, shoulder problems, or other musculoskeletal issues that may be affected.

This is not the dance move. Thrusting your hips on the dance floor has its own dangers, especially if it is at a wedding.  As you can see in the video, Larson puts a barbell on her front hip area and then goes from a sitting position to one in which her knees are still bent but her body above her knees is straight. She then alternates repeatedly between these two positions. When done with proper form (e.g., feet planted firmly on on the floor with controlled and not wild rocking movements), the proper amount of weight, and appropriate supervision, this can help strengthen your glutes (your butt muscles) quadriceps, and hamstrings. It may also help with your core.

Should you do this? As with the first two exercises, this is an advanced move that you should only try after you’ve already been doing other glute exercises for a while. You can start with doing glute bridges. This begins with you lying on your back with your knees bent and your feet flat on the floor. The next step is to lift your hips upwards so that you form a straight line between your shoulders and your knees. You then go back and forth between the starting and this second positions. Be careful and start slowly with any glute exercises. Unless you have a habit of really aggressive twerking, you probably don’t challenge your glutes that regularly. The same goes for your hamstring muscles. Therefore, expect to be quite sore if you are working these muscles for the first time in a while.

As Larson demonstrates, this entails holding a weight, such as a barbell or dumbbells, above your body and then lunging forward. A lunge is when you step one foot forward and then bend your knees so that you get closer to the ground. In an overhead walking lunge, you are supposed to hold the weight above you all the while. This works out many muscle groups in your body from your upper body, because you are holding up the weight, to your core to your lower body, helping you build power in your legs.

Should you do this? Compared to the previous three exercises, this is not as advanced and one that you can probably do sooner than later. You may want to start with walking lunges without the weight first.

You’ve probably seen and tried these at some point. For these, use your hands to grip a suspended bar and then allow the rest of your body to hang down. Then try to pull your body up so that your face becomes even with the bar. After this, allow your body to drop down in a controlled manner before pulling it back up again. This can help strengthen your arm, shoulder, and scapular muscles.

Should you do this? As long as don’t have a medical condition that precludes it, why not? Just make sure you are using proper form, otherwise you will risk injury. This includes making sure that your grip is not uncomfortable, you don’t swing too much, and you don’t pull with your hands rather than your elbows. For a pull-up your hands face away from you. For a chin-up, your hands face towards you to work the biceps more than a pull-up would. Also, make sure your pull-up bar is stable. YouTube is filled with videos of people doing pull-ups on unstable equipment and then face-planting while taking furniture and walls with them.

Of course, the exercises in the video are not the only ones that Larson did to get ready for her role. Like a movie, the released videos don’t show all of the behind-the-scenes action. What you saw were probably the more startling and less humdrum exercises. Don’t expect to have a workout routine where everything looks Captain Marvel-ous. Instead, manage your expectations, expect any workout to take time to get used to, and start modestly. After all, you aren’t Captain Marvel.